If Your Birthday is July 1st... 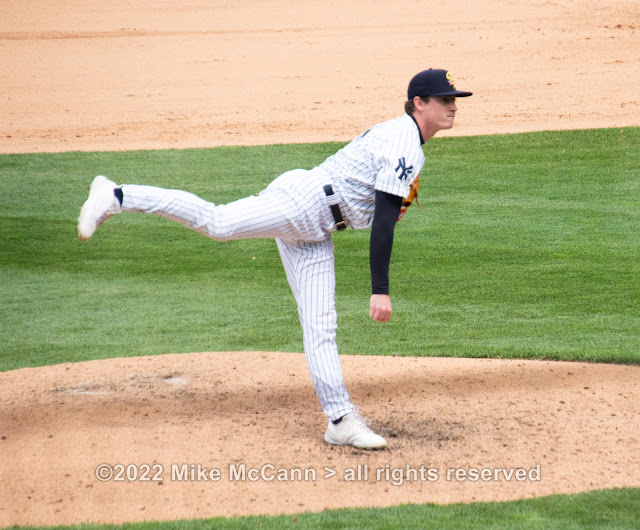 ...you share it with Ron Marinaccio , one of several young Yankee relievers who have emerged this season. A 19th round draft pick from the U of Delaware, the Jersey Shore native has struck out more than a batter an inning since being promoted to the Bronx. Nelson Cruz  , the late blooming slugger who spent time in the Mets, A's and Brewers farm systems before becoming a star with the Rangers at age 28. With more than 450 career homers as he turns 42 -- but just seven this season as time seems to have finally caught up with him -- Cruz might have been a Cooperstown candidate. But a 2013 suspension for using PED's will likely keep him out of the Hall. Charlie Blackmon also waited until his late 20s for his career to kick into high gear. The bushy bearded outfielder has been a solid performer during the last decade in Colorado, highlighted by 2018 when he led the National League in batting and doubles.  Craig Anderson holds a forever place in Mets history. Actually, several. The
Post a Comment
Read more 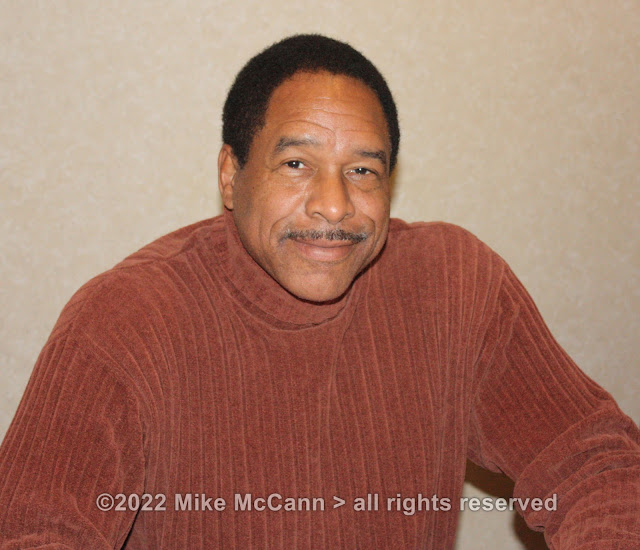 On June 29th, 1987, Don Mattingly and Dave Winfield each belt grand slams -- Winfield's, in the top of the 8th, proves to be the game-winner. It brings the Yanks from behind and gives them the lead in a wild  15-14 win over the Blue Jays in Toronto.   It was the first time in club history that two Yankee players hit grand slams in the same game.
Post a Comment
Read more 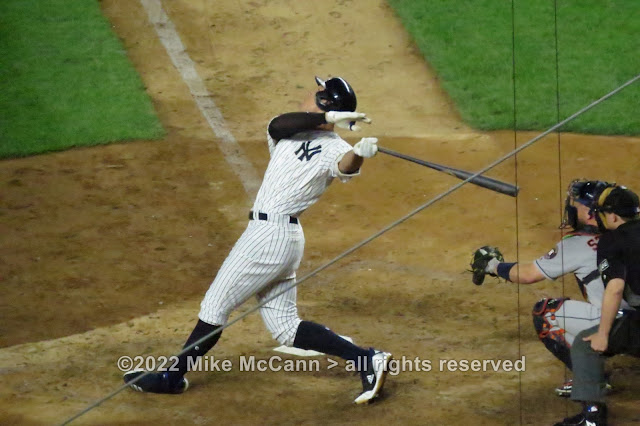 The big swing brought big results. The Yankees split their four-game weekend series in the Bronx, with Aaron Judge delivering the walk-off hits in both New York victories: Thursday night's RBI single capped a four-run 9th inning rally, while Sunday afternoon, his three-run homer ended a game where the Yanks rallied from three runs down and appeared in danger of being no-hit for the second straight day. It's almost seemed magical for Judge, enjoying his best year yet as free agency awaits this November. While the Yankees still have baseball's best record, look who's moved into second place in their division.  The Red Sox have outplayed everyone in baseball this month, going 19-4 in June. That enabled them to jump past the Blue Jays and Rays, and firm their place in the Wild Card chase. Sunday, Rafael Devers (above) had three hits, while JD Martinez drove in three as Boston completed a weekend sweep over the Cleveland Guardians. A thought as their mid-week series begin:
Post a Comment
Read more 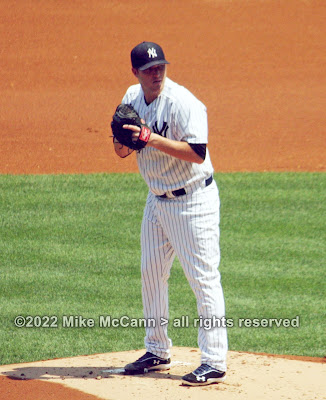 ...you share it with  Phil Hughes , a top Yankees prospect of the '00s, whose career was dogged by injuries. After winning 18 in 2010, and 16 two years later, he seemed to have secured his place as a rotation mainstay -- albeit one who gave up plenty of home runs. Hughes posted an 88-79 record over a dozen big league seasons that including time with the Twins and  Padres. Christopher Morel is one o f the players the Cubs hope will be part of their next contending group. The rookie outfielder homered against the Pirates in his first MLB time at bat, on May 17th. Mike Bruhert   is the only Met born June 24th. The righthanded pitcher, who grew up just minutes from Shea Stadium in Jamaica, Queens, started 22 games for the '78 Mets, going 4-11. He spent the next few seasons in the Rangers and Yankees farm systems. Bruhert returned home, where in the '80s and '90s as the pitching coach at Fordham University in the Bronx -- where one of his players was the future Met, Pete
Post a Comment
Read more 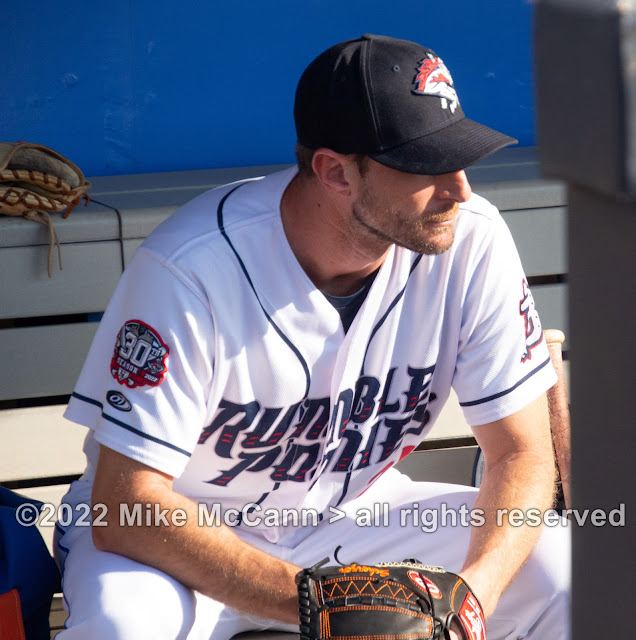 After spending more than a month on the Injured List, Max Scherzer took the mound Tuesday night in Binghamton. Before the game, I got to watch the intense preparation, mental and physical, he goes through as he gets ready for his first pitch. Sitting in the dugout, he is almost trance-like, focusing on the task ahead. A Mirabito Stadium record of just under 7500 was on hand as the future Hall of Famer made his first rehab start against the Double-A Reading Fightin' Phils. Scherzer started off strong... striking out the side in the 1st inning, sandwiched around a two-out walk. He wasn't just in control -- he got several Reading batters to miss by a bunch. Notice, below, where Phillies top prospect Logan O'Hoppe's bat is compared to the ball. Max was also pitching to a familiar target.  Mets catcher James McCann, recovering from hand surgery, caught Scherzer and also looked ready to return to Flushing. He played the entire game, going 1-for-4 with a walk and a booming 1st
Post a Comment
Read more 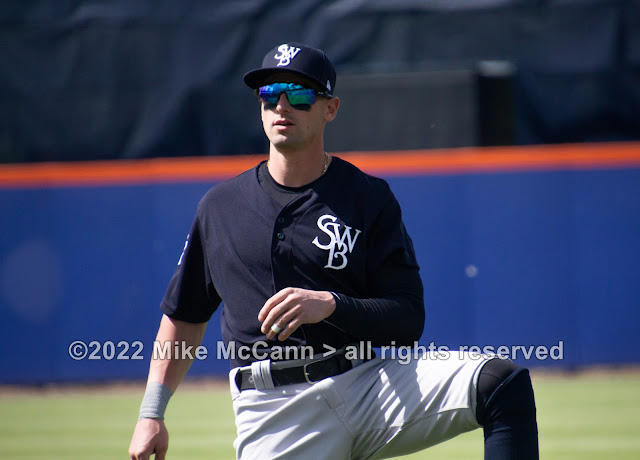 Tim LoCastro is working his way back toward a spot on the Yankees bench. The speedy backup outfielder went three-for-four on Sunday, including a double and what proved to be the game-winning homer, driving in three for the Yanks' AAA farm club in Scranton. Former White Sox outfielder Daniel Palka continues to rake for Syracuse. His 15 home runs in less than half a season might not be his ticket to Queens and the 1st place Mets, but the odds are some big league team could use his power and current .886 OPS. Happy Father's Day!  Lourdes Gurriel Junior 's 6th inning grand slam keyed the Blue Jays comeback as they erased a five-run deficit and went on to beat the Yankees 10-9 in Toronto.  The moment was especially sweet as Gurriel's dad, a longtime baseball star in Cuba, was on hand to watch his son's performance at Rogers Centre. It was a Wow of a Weekend for Mike Trout . The Angels superstar crushed five homers in five games vs. Seattle, becoming the first player in
Post a Comment
Read more 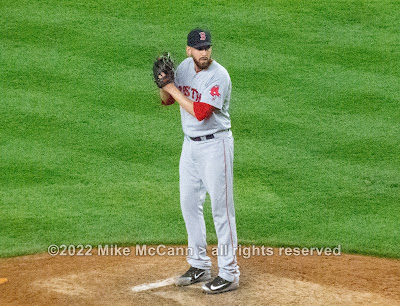 ...you share it with  Matt Barnes . The Danbury, Connecticut native has spent the past seven seasons in the Red Sox bullpen (seen here May 8th, 2018 against the Yankees). He won six and saved 24 a year ago, but has struggled for much of this season. June 17th is not a stellar day for talent: no Hall of Famers and just one player with borderline credentials for Cooperstown. That would be  Dave Concepcion , the defensive glue of the Reds great 1970s teams. A nine-time all star and five-time Gold Glove winner, he played alongside inductees Johnny Bench, Joe Morgan and Tony Perez. The Venezuela native had a terrific 10-year peak, batting .282, and averaging 37 extra base hits and 22 stolen bases a season, while the Reds enjoyed the greatest run in franchise history. A few other names caught our attention, if only briefly: Joe Charboneau  was the 1980 American League Rookie of the Year. But injuries derailed his career and he was out of the majors two years later. Shawn Abner  has a cool ni
Post a Comment
Read more 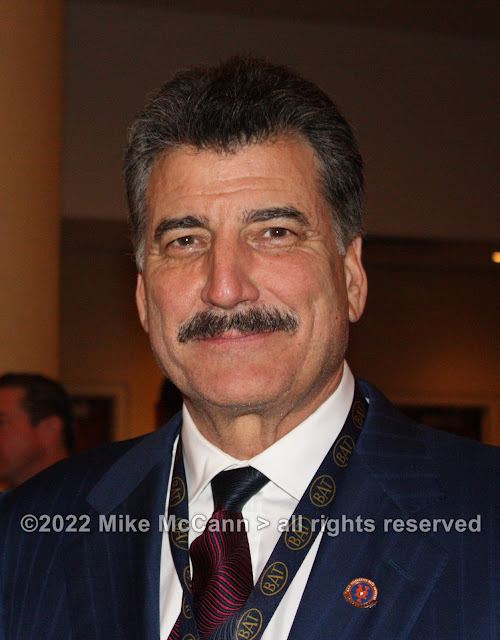 For many decades, June 15th was baseball trade deadline... In a pre-Internet age, the excitement and buzz we now experience during late July, took place barely a third into the season. While many franchise-changing deals took place on 6/15, two stand out -- both involving the Cardinals. On this date in 1983, 1st baseman Keith Hernandez was sent to the Mets for pitchers Neil Allen and Rick Ownby.  A former NL co-MVP and member of the previous season's World Champs, Hernandez had a falling out with manager/GM Whitey Herzog, who felt his star 1st baseman didn't give his maximum effort. To be honest, Keith was also battling a substance problem. Bottom line, the Cardinals wanted him gone.  Floundering in the third year of a rebuild under GM Frank Cashen, the Mets envisioned Hernandez as the same kind of veteran bat that Rusty Staub and Donn Clendenon had been on previous Flushing pennant winners. To say Cashen was right would be an understatement. Hernandez brought leadership, defen
3 comments
Read more 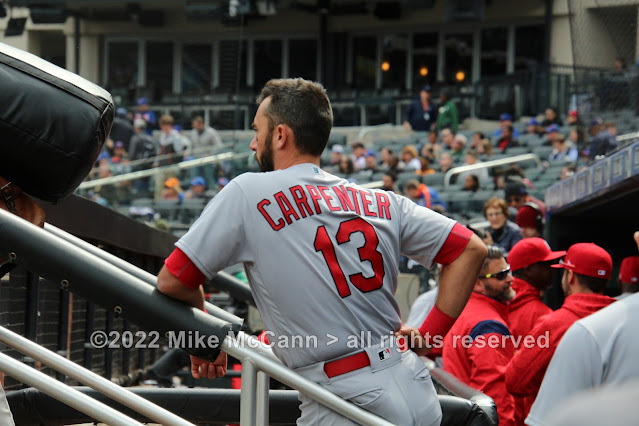 Matt Carpenter crushed a pair of home runs Sunday as the Yankees capped a weekend of the Cubs. Six homers in his first 10 games as a Yankee. Ruth never did that. Neither did such other revered names as Maris, Mantle, Jackson or DiMaggio. Tack on an  RBI double, as the longtime Cardinal drove in seven runs. Hours after Jose Trevino cracked three hits, including a homer, the other half of the Yankees catching tandem, Kyle Higashioka smacked his first two of the season... as the Bronx Bombers again scored in double-digits. More than a decade after being tabbed as a future star for the Yankees, Manny Banuelos checked off another box Sunday. He worked the final three innings of that 18-4 destruction of the Cubs to earn his first career save. ( He's seen here from his days with Double A Trenton. ) While the Yankees success is no secret -- how could it be when the team from the biggest market has the best record in basebal? -- the Braves are even hotter. Sunday, the defending World Cha
Post a Comment
Read more 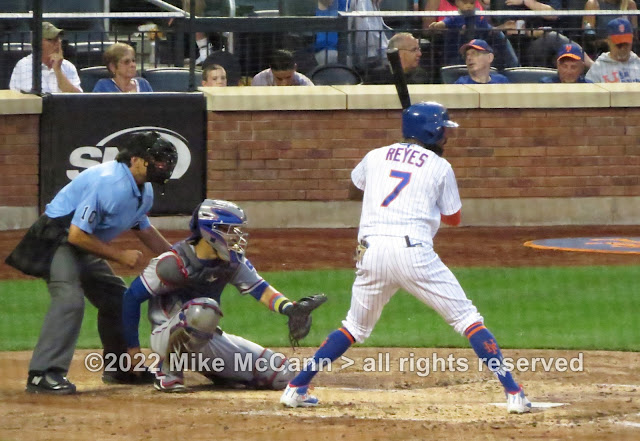 ... you share it with  Al Alburquerque , the (nearly) geographically named reliever best known for his five seasons with the Tigers.       Pokey Reese , the infielder whose eight big league seasons were split between the Reds, Pirates and Red Sox -- where he finished his career in 2004 as a backup on the club that ended "the curse." Rick Camp  pitched nine years for the Braves, but is most remembered for one game: on July 4th, 1985, the weak-hitting hurler had to hit in the 11th inning because the Braves had no position players left -- and stunned the crowd (and a nationwide TV audience on TBS) with a home run off Mets reliever Tom Gorman to re-tie the game at 11–11. The Mets grabbed a 16-11 lead (off him) in the top of the 18th and Ron Darling retired him for the final out of a game that, due to an early rain delay, last until 3:55 in the morning -- and was followed by previously scheduled fireworks! "The other"  Randy Johnson , a light hitting backup infielder w
Post a Comment
Read more 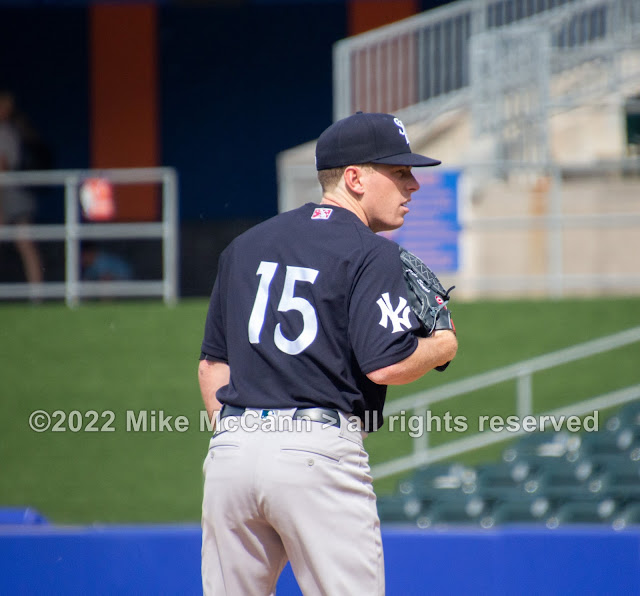 The Syracuse Mets swept a doubleheader from the Yankees' Scranton Wilkes Barre farmhands. There were plenty of interesting takeaways: J.P. Sears  looks ready to graduate to the majors. The 5'11 lefty -- who came to the Yankees in a 2018 trade for minor leaguer Nick Rumbelow and caught considerable attention a year ago, held the Mets to a run and two hits in five innings of the opener (while using just 73 pitches). More effective than dominant, he produced several outs on grounders.  Oswald Peraza looks lost. Last year's impressive season where he hit .297 with 18 homers (and a .356 on base percentage) between three Yankee farm teams seems like a distant memory. So does opening night 2022, when he smoked a homer off Mets prospect Thomas Szapucki.  Last night combined, he went 0 for 7, striking out twice in each game. While he s truggles (as does his Somerset counterpart Anthony Volpe), Brian Cashman's trade for Isiah Kiner-Falefa looks even more astute. I will plead gui
1 comment
Read more
More posts

Mike McCann
I lived my dream as rock and roll DJ and radio sports anchor, while also more than 30 years writing about music and pop culture nostalgia.